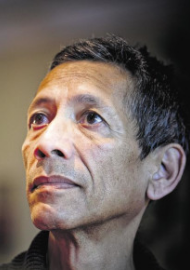 CHRISTOPHER KINDO, a descendant of the Kroo, was born in 1955, and grew up in Simonstown. His family was moved to Ocean View under the Group Areas Act and the family home was demolished. They got their land back through restitution in 2003 and Kindo’s brother, Percy, rebuilt their home.

Christopher started dancing at the age of nine. Straight after high school he joined the UCT Ballet School and studied for the three-year Performer’s Diploma in ballet. As a dancer who was classified ‘Coloured’, this was difficult, as all doors were closed at the time because the arts were the domain of white South Africans. After three years of study, white students generally found themselves employed with the Cape Performing Arts Board (Capab), but Kindo was not. He did not accept this without a fight, writing to the government in protest. Fortunately, he was offered a scholarship abroad with the Boston Ballet Company. He was deeply disappointed that he could not break the Apartheid barriers at this time.

Christopher went to Boston, where he was offered a contract by the Boston Ballet Company. However, he decided to return to Cape Town in 1980, after only a year aboard. 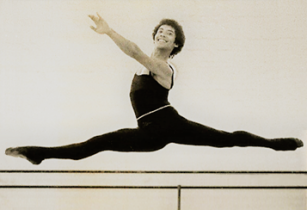 During his absence things had changed somewhat in South Africa. There was a slight thaw as a result of international pressure on the Apartheid regime. Theatres had been desegregated and Capab was now allowed to offer him a contract. At first he refused it. Instead, he became a founder of Jazzart - the first contemporary dance company in the country. Later he did take up the Capab contract. After years of being a rejected exile in his own country, Christopher became a sought-after artist and consultant. He consulted to the Baxter Theatre in Cape Town and was a committee member of the Klein Karoo Nasionale Kunstefees.

Christopher Kindo excelled as a choreographer and dancer and champion for artistic freedom from racist restrictions. He won many awards including the 1991 FNB Vita award for Best Male Dancer.

Besides his own career he fostered the careers of many other dancers, working as a dance teacher and choreographer for Dance For All, an upliftment project, which teaches dance to disadvantaged children in Gugulethu, Khayelitsha and Nyanga.

Christopher Kindo was cut down in his prime by esophageal cancer on Monday, 20 April 2015.