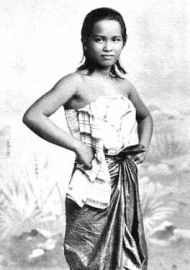 ANNA VAN BENGALE is one of the 13 500 first generation Southeast Asian slaves at the Cape that came from a huge area including Myanmar, Siam, Laos, Vietnam, Cambodia, Malaysia, Singapore, the Indonesian islands, Borneo, Brunei, Formosa (Taiwan), Guandong China, Philippines, Japan and the Solomon Islands. Although she has the toponym “van Bengal,” DNA testing on a descendant, locates her in the Golden Triangle area where Myanmar, Thailand and Laos meet around the Mekong River. Slaves from that region were either taken to Arakan (Rakhine Myanmar) or a West Bengal Dutch factory at Kolkata for dispatch to final destinations or other slave markets. At that time, the borders of China, Vietnam, Laos, Thailand, and Myanmar/Arakan really did not exist as they do today. Territorial control frequently shifted in a region where wars proliferated. War captives were the main source of slaves sold through Arakan and many slaves sold to the Cape of Good Hope were known by the toponym of “van Bengal” denoting the Bay of Bengal, running from the Coast of Coromandel and Bengal all the way down to today’s Malaysia and Singapore. 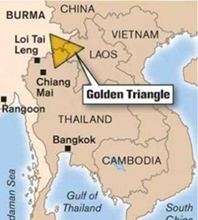 Anna was born around 1676 in the region today known as the Golden Triangle where we have the confluence of the Ruak River and Mekong River where Myanmar (formerly Burma), Thailand and Laos now border each other. Working back from the time that she was sold from onboard the ship Spiegel by the skipper to a man named Gerrit Meyer in 1698, she would have been around 17 years of age on capture, like the young woman in this old photograph of a girl from that region. Anna’s journey after capture would have entailed an overland journey to the Arakan coast where she entered the slave trade market. From there she may have been moved either to the Batavia (Jakarta) staging post or the Colombo (in Sri Lanka) staging post. From there slaves were taken to Mauritius, another staging post, and then finally to the Cape of Good Hope.

When she was sold to the tavern-keeper, Gerrit Meyer, she would have been 21 years old, and her name had become Anna ‘Groothenning’ van Bengal. Her first male partner was a fellow slave from Bay of Bengal by the name of Darius and they had two children. This relationship ended when she was sold again twice, during which she became the lover of a German by the name of Christiaan Bok with whom she had three children. Anna later married Bok a few years before he died. Bok was a partner in a bakery business with another German, Hans Geringer, who also had a relationship with Anna. By this time Geringer owned Anna and her children. When he died, he granted Anna and her children their freedom in his will. Anna died at the age of 57, never to see her homeland in the Golden Triangle again.