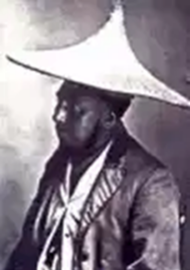 JAN SMIESING, a slave at the VOC Slave Lodge next to the Company Gardens, was one of the earliest educationists and also a practitioner of Vedic medicine. His notebook is the earliest surviving written record by an educationist and an enslaved person. Jan was appointed as a teacher at the Slave Lodge, a profession that he practiced from the age of 17 until his death at 40.

Armosyn (the lady of the silk) is also the first recorded black philanthropist in South Africa. She was manumitted in her later years and in her will she set aside a small sum of money to help the indigent of the town.

Jan excelled at learning and this may be attributed to not only his mother and grandmother who were teachers, but also his grand uncle Claaz Cornelius. Jan’s writings in his notebook demonstrate that he had a command of the Dutch and Tamil languages even though he was a third generation locally born Creole slave. 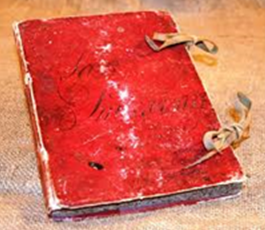 The photograph of the red book is Jan Smiesing’s journal which is the oldest surviving education document from colonial South Africa. His journal starts in 1717 when he was 20 years old and continues until 1732, only 5 years before his death. The journal contains a mixed bag of gems in Dutch and Tamil. It includes education notes and scripts, arithmetic, genealogical information, religious writings and notes on hymns, as well as  cultural material and Vedic medicine remedy recipes of the Siddha tradition. There are two academics to thank for bringing Jan Smiesing and an analysis of the contents of his notebook to a wider audience – the late Dr Robert Shell and Archie Dick. 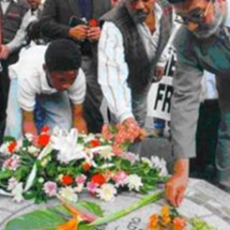 Jan only got his freedom (manumission) at the age of 34, six years before his passing, after his brother purchased his freedom. At the age of 34, Jan also got married to Anna Dopoer, his life partner and mother of his four children. Her mother was an Indian Tamil speaker from the Malabar Coast, most likely today's Kerala state in India.