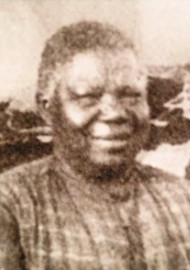 LYDIA WILLIAMS, popularly known as ‘ou Tamelytjie’ and regarded as the folk-saint of District Six, passed on at the age of 90 in 1910. She was born into slavery around 1820, her father being an enslaved Mazbieker and her mother an enslaved Cape creole woman (a locally born enslaved person).

These are some thoughts of Rev Michael Weeder who has researched the life of Lydia Williams and written about her:

‘In 1999 I was able to trace the locale of Lydia’s grave, number 79377A at Gate number 9, at Maitland Cemetery assisted by an official of the City Council.

In the middle of the four-year compulsory apprenticeship that followed the abolition of slavery in 1834 it would seem that that Lydia was commandeered into the Great Trek by her former owner, and they went as far as the Free State and then returned to the Cape. Actual emancipation for the enslaved thus only occurred in 1838.

Lydia’s body bore the scars of whip lashes she was rewarded with after repeated escapes while at Zonnebloem farm, the original place of her enslavement. It was part of her desperate attempt to find her daughter who had been separated from her. A Cowley Evangelist in 1893 described how Lydia still bore on her back “the marks of the slave whippings she got in her youth.” Lydia was a founder member of the old St Philip Anglican Church on Chapel Street, District 6 and the congregation still celebrates her memory.

The value of Lydia’s story is that she is really a Cape Town griot who chose to observe 1st December every year to recall the days of slavery and shared her stories especially with the young. This is how she marked Emancipation Day with a feast of food and sweet delicacies. The party at her cottage was “decorated with hanging boughs and flowers, and pigs and swans and birds and sweets hung on nails, which children’s eyes gazed lovingly at”. She gives voice and detail to the thousands of unnamed and unsung ancestral spirits of our lives. To rephrase Sojourner Truth’s immortal challenge sounding through the ages: “Ain’t she a woman?”

Fifty years after the abolition of slavery at the Cape her cottage in the Dry Docks area of District Six became the first venue for services of the Cowley Fathers. The monastic order, the Society of St John the Evangelist (SSJE), had worked in District Six from 1884 on. They had held Lydia in high esteem, sufficient enough to refer to the day on which she commemorated Emancipation Day, December 1, as Lydia’s Day. In time the Cowley Fathers included Lydia’s Day in the church’s calendar as the Feast of the Release of Slaves. You don’t often see someone from the underside of history being honoured in that way, especially a layperson.

In December 1999, we organised a special service for the celebration of Emancipation Day at St Philip’s, on the Sunday following the anniversary of Emancipation Day, in honour of Lydia and others like her, to revive this important day. I see Lydia as representing a community of ex-slaves who contributed to the life of the church and of our society as a whole. More broadly, she stands for people who struggled all their lives against injustice.’ 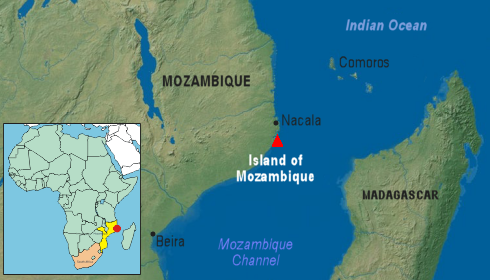 Following 1770, Mozambique Island became the main source of slaves even though small numbers of slaves continued to trickle into the Cape from Asia until 1795 when the life of the United Dutch East India Company (VOC) drew to an end. After the end of the slave trade in 1807 by the British, a further source of African slaves became those known as ‘Prize Slaves’ or  ‘Liberated Africans’, who either illicitly entered the slave market at the Cape or were forced to undergo 14 year compulsory ‘apprenticeships’. The Masbiekers were not simply slaves from Mozambique. They were slaves from several Southern African locations, who were incarcerated on Mozambique Island and then trafficked worldwide from there. These countries included Madagascar, Tanzania, Malawi, Zambia, Zimbabwe, Mozambique, Swaziland, KwaZulu-Natal (KZN) Province, and Limpopo Province. Slaver ships sailing between Mozambique Island and Brazil with ships carrying up to 500 slaves in the late 18th century would sell slaves at the Cape. 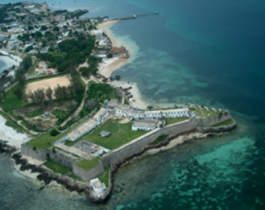 The Fort of São Sebastião
on Mocambique Island 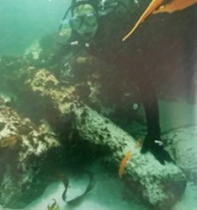 The remains of the São José
shipwreck off Clifton Beach

One group of Masbiekers, known as the Masbiekers of Clifton, are the 300 Masbieker slaves sold from Masbieker Beach (Clifton Beach) after surviving a horrific shipwreck in which 200 of the 512 souls on board, met a watery grave just about 500 metres off the low water mark. The São José Paquete d’Africa en-route to Maranhão in Brazil was caught in a storm just off Clifton Beach on the night of the 27th December in 1794. It moved in too close to shore and drifted in the storm to its doom. The Masbiekers, enslaved at the Cape, integrated with other African and Asian slaves by marriage. They became another foundation stone in Camissa African communities. In 1808 when the great slave uprising took place from Malmesbury to Cape Town, many Masbiekers were participants. It is highly likely that among them were some from the São José Paquete d’Africa survivors.

The music culture of Ghoema beat was brought to the Cape by Masbiekers. Across Southern Africa the common faith is the Ngoma faith. The way of the Ngoma translates as the ‘Way of the Drum’. The direct translation of Ngoma is ‘drum’ and in Cape Town the word was creolised to become ‘Ghoema’. A ceremony was held on 2 June 2015 to commerorate those who drowned and who were sold at Masbieker Beach (aka Clifton Beach) into slavery. Poet Diana Ferrus pays tribute to the Masbiekers of the São José Paquete d’Africa who lost their lives off Masbieker Beach at Clifton.

Walk In The Night
The Emancipation of Slaves Commemorated in the Cape.
Capetonians from all walks of life have taken part in a night-time walk through the City's streets to commemorate the emancipation of slaves in the Cape. The "Walk in the Night" march is now in its 13th year, and marks the abolition of slavery in the Cape Colony on the 1st of December 1834. (December 2019)
[03:02] SABC News
Tributary 2: African-Asian Enslaved Peoples
Select one of the people of Tributary 2 to read more about them.