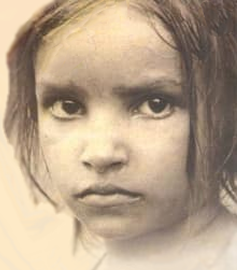 The abeLungu Clan in the Eastern Cape arises from maroons from around 20 shipwrecks in the area, but is mostly traced to three European castaways called Jekwa, Hatu and Badi who were given these indigenous names after they integrated and married the indigenous people in the eastern coast of South Africa. These three men are prominent in oral and written historical accounts, although they are not the only forebears of the clan.

The AbeLungu found at Xora River Mouth in the Eastern Cape are linked to a woman called Bessie who, according to oral and written history, is said to have been a 7-year-old English castaway. She washed up on the Wild Coast of the Eastern Cape at Lambasi Bay in about 1736, and was adopted by the amaMpondo. When she became of age she was sought after as a wife to a noble family. She married Tshomane who was the son of Matoyi, ruler of the amaMpondo.

When Tshomane died a short time later, she married his successor Sango, a relative whose formal name was Xwebisa and subsequently became an ancestor of many of the Xhosa royal families in the nineteenth century.

Although the girl’s surname is unknown, in spite of a persistent 19th-century story that she was the daughter of a General Campbell, we only know that her name was Elizabeth or Bessie. The amaMpondo named her GQUMA - 'The Roar of the Sea' - and she won their affection for her compassion and generosity, and became famous for her love of ornament, covering herself with necklaces, beadwork, seashells and bangles. She was also well known for her wisdom, becoming involved in the politics of her adopted people and wielding an influence virtually unprecedented among women of her time and place.

AbeLungu literally means 'the White People who were tossed up with the surf onto the seashore.’ Another clan name, AmaMolo, also reveals the history of Asian maroons in the ancestral heritage of the people of the Eastern Cape. The progenitors of the AmaMolo are linked to Bhatia and Pita as their Asian forebears – they were said to be people wearing head dresses and long flowing white robes. They could only speak one isiXhosa word, namely the greeting, Molo.

The amaXhosa genealogy and praise-name system of Iziduko opens our eyes to the fact that the cousin connections between the various isiXhosa speaking peoples involves much San, Khoe, European and Asian connections so clearly underlined by the Gquma Bessie story. There’s even a clan known as amaSkotches going back to a Scottish progenitor. There are at least ten Khoe clans within the Xhosa.

Bessie left behind a large family of descendants. These descendants went on to create a far-flung dynasty that now includes cousin connections from Mpondo, Xhosa and Thembu royalty to Afro-Europeans and to Camissa Africans (aka “Coloured”).  Hazel Crampton who wrote the story of Bessie and these roots in her book, The Sunburnt Queen, tells us that on the day Gquma Bessie died, she asked to be carried down to the cleft in the reef where she partly lifted herself up and pointed across the sea, turned, and took her last breath with a long drawn sigh.