Patric Tariq Mellet was born and raised in the Salt River, Woodstock and District Six districts of CapeTown in a community where many were labelled 'Other Coloured: Starting working life at age 16 as an apprentice printing mechanical fitter, he later also qualified as a lithographic printer. Patric started two anti-Apartheid newspapers which were banned by the Apartheid Regime - 'Young Voice' and 'New Voice. Forced to leave South Africa into exile in 1978, he served under arms and worked for the ANC as a printer, journalist, designer and broadcaster in the resistance press, also serving on the editorial boards of liberation movement periodicals.

Mellet graduated with a diploma from the London University of the Arts - College of Communication, and with an MSc degree from the Buckinghamshire-Chilterns University College. His dissertation focussed on Cape Slaves and Indigenous Peoples as a heritage tourism niche. Mellet was the first Director of Public Relations & Protocol in the post-Apartheid Parliament of SA, and before retiring, he served as Special Advisor to Minister Naledi Pa ndor, as well as Commanding Officer DHA Inspectorate - Director Aviation and Maritime Ports Control for South Africa's international airports and harbours, specialising in the combat of human trafficking. In 2009 his work the arena of intangible heritage of the Cape received a Provincial Honours award. A frequent commentator on Camissa African identity in the news media, he has also published and nude TV-documentaries on the subject. His own family tree includes twenty-eight slaves from ten locations globally; five Ammaqua and Cochoqua Khoe ancestors; and nineteen Europeans. In 2019 the Minister of Sport, Arts and Culture appointed Mellet to the Governance Council of the South African Heritage Resources Agency.

Angus Leendertz is a native of CapeTown and left South Africa in 1974 to complete his studies in Interior Architecture at the Gerrit Rietveld Academie in Amsterdam having completed a course in Graphic Design at the Michaelis School of Fine Art at UCT. He moved to Australia in 1980 where he started his career in Sydney working on many high profile projects in the field of architecture and design. In 1997 Angus responded to Mandela's general call for South African professionals to return and relocated to CapeTown until 2010. Landmark projects in South Africa include the Permanent Exhibition on Slavery at the Slave Lodge CapeTown and the conversion of the Robben Island Medium B Prison to a Resource Centre with accommodation, which included a Seta approved product design learnership. Flagship design projects for the Parliament of South Africa, the Arabella Sheraton Hotels and Kirstenbosch restaurant attest to a diverse portfolio.

At various times in his career he has worked as a Livelihood Consultant for UNESCO and the Ford Foundation conceptualizing and piloting courses in product design development as a means of income generation for historically disadvantaged and marginalized individuals and communities in South Africa and other locations in Africa. He is the curator of the international multimedia exhibition "Memories of the Struggle -Australians against Apartheid"which has shown at Customs House Sydney, the Museum of Australian Democracy in Canberra, Constitution Hill in Johannesburg and The Castle of Good Hope in Cape Town. Angus is currently working with historian Patric Tariq Mellet on the establishment of the Camissa Museum at The Castle of Good Hope in CapeTown. He is a PhD candidate at Canberra University and will complete the doctorate in August 2020 and resides in Sydney.

Calvyn Gilfellan is one of the country's foremost experts in the tourism and heritage sector with over 31 years of experience in cultural tourism, training, tourism research, marketing, consulting, public administration, strategic planning and governance. He is the current chief executive of the Castle Control Board, the body that manages South Africa's oldest colonial building, the Castle of Good Hope. Under his leadership, the image of the Castle of Good Hope is being transformed from a bastion of armed colonial conquest and Apartheid oppression, into a symbol of inclusion, education, healing and nation-building.

After completion of his BA Honours degree in Geography and Environmental Studies at the University of the Western Cape (UWC) in 1984 he joined UWC as a junior lecturer/researcher in February 1985. While lecturing, he completed his master's degree in Geography and Environmental Studies at UWC in 1991. His full-research thesis is titled "The Socioeconomic, Cultural and Morphological Impact of Tourism on Historic Mission Stations in the Western Cape: Genadenda I, Elim Wupperthal." In 2000, he left UWC to take up a challenging but rewarding post as Director:Tourism Development, in Mpumalanga Province. After that, he joined the Western Cape' Destination Marketing Organisation (CTRU) as Executive Manager (2004 - 2007) and then as Chief Executive (2007 - 20012). Gilfellan is very active in the social movement in his hometown of Paarl and has served in various capacities on an array of community-based and civic organisations. Besides Gilfellan's many public opinion pieces on contemporary heritage debates, he also regularly shares his expertise and experience on formal national and international platforms.

Colin Jones is the former chairman of Iziko Museums CapeTown, South Africa. He served as its acting director during the search for a full-time director during the establishment of the institution in the post-Apartheid era. He was appointed by the Ministry of Arts and Culture to lead the restructuring and transformation process of national museums in South Africa.This involved the amalgamation of thirteen independent national museums into one national museum system and the redressing of the Apartheid narrative which had previously excluded the diversity of populations in South Africa.

He advises internationally to museum leadership on the development of strategic thinking in addressing the role of museums in the formation of national identity, inclusive diversity and addressing sensitive historic issues in museums. He has been engaged as advisor to the Museum of London's former director and as advisor to the Royal British Columbia Museum in Canada. He is currently involved in redeveloping the largest privately owned museum in the Gulf region and as strategic advisor to a British-based museum content development service provider with projects in the Gulf. He has authored numerous essays and articles on critical thinking about the role of museums in inclusive national identity formation, addressing sensitive historical legacy and the return of cultural assets. He has contributed essays and articles on the role of museums in the formation of national identity, the return of cultural property and diversity in museums.

Linnemore Nefdt was born in CapeTown in 1950 and studied fine art at the Michaelis in CapeTown (via a permit and exam bursary). She trained herself to make and sell her own clothing designs in Johannesburg and saved money to travel to Europe to study fashion at a professional level not available to a Camissa African like her in her homeland. Armed with a BA Fashion Design from the Rietveld Academy in Amsterdam, she worked in the industry as a designer, launched her own small brand label and ended up in education, after being asked to teach at what became the AMFI Amsterdam Fashion Institute, Amsterdam University of Applied Arts. During her 25 years there she helped build it into one of the most renowned institutes of the Netherlands and the world, a front-runner in sustainability, ethics and social issues. She also gave workshops and talks internationally.

Since her retirement in 2015, she continued in her fields of educational coaching, circular sustainable fashion systems, socially engaged art (particularly decolonality) and creative youth empowerment. Landmark projects (besides the Camissa Museum) are: devising a governmental trade led curriculum development plan for the first fashion degree course of the University of Applied Arts in Lima, Peru; R&D for Easy Essentials, a circular t-shirt brand; board membership and guidance of Rambler Studios Amsterdam, an innovative youth organisation; consultant for Reblend circular textiles. 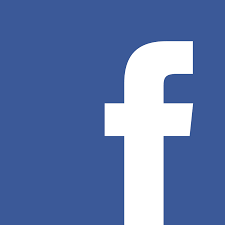